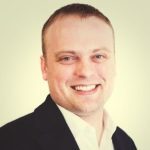 A short story about how DiRoots started

Today we are celebrating our third anniversary, but more than just proclaim this milestone… I want to tell you a story, a short story about how DiRoots got started.

In December 2007, I thought that I was living my dream and the reason why I had moved to the UK. I started a new position as a trainee Financial Trader. However, that was suddenly all about to change! The infamous “Credit Crunch” started, and like many in this industry, I lost my ‘dream job’. I felt lost and had no path. I felt undervalued and struggled to come to terms with life changes.

However, in the spring of 2008, a new cycle of my professional life began. I found a trainee position as Revit MEP Coordinator. A new journey that was not planned, but now looks like fate. Ten years later, the story repeats itself…

In 2017 and following a company restructuring process, my position at WSP was made redundant. Once again, I was lost, and my first reaction was to start looking for a new job!

I looked for new opportunities, but none of the paths seemed right for me. That time made me realise that I wanted to be part of something different, and definitely not become one more employee once again. It was during those uncertain moments that I decided that it was the right time to extend my horizons and start a new venture!

The will to create something new for the AEC industry led to the conception of DiRoots. A player that was going to think differently and cause a positive impact on people’s lives. Three years later, I could not be happier and prouder of what we have achieved so far.

I am pleased to say that DiRoots is helping thousands of professionals getting more productive in their jobs not only through the development of free Revit plugins but also through customised software solutions. The user feedback that we receive on a daily basis is impressive, and it is motivating us to make more and better.

We are a fantastic and passionate team that has no limits. DiRoots combines AEC professionals, software developers, mathematicians and a will to disrupt our industry. I genuinely believe that start-ups like us provide a unique, smarter and more-dynamic approach in the emerging digital economy.

It is possible to find new paths through challenging times. This is my story, this is how DiRoots started.

It is just the beginning… Thank you.

We use cookies on our website to give you the most relevant experience by remembering your preferences and repeat visits.

By clicking “Accept”, you consent to the use of ALL the cookies.

This website uses cookies to improve your experience while you navigate through the website. Out of these, the cookies that are categorized as necessary are stored on your browser as they are essential for the working of basic functionalities of the website. We also use third-party cookies that help us analyze and understand how you use this website. These cookies will be stored in your browser only with your consent. You also have the option to opt-out of these cookies. But opting out of some of these cookies may affect your browsing experience.
Necessary Always Enabled

Performance cookies are used to understand and analyze the key performance indexes of the website which helps in delivering a better user experience for the visitors.

Analytical cookies are used to understand how visitors interact with the website. These cookies help provide information on metrics the number of visitors, bounce rate, traffic source, etc.

Advertisement cookies are used to provide visitors with relevant ads and marketing campaigns. These cookies track visitors across websites and collect information to provide customized ads.

Other uncategorized cookies are those that are being analyzed and have not been classified into a category as yet.

SAVE & ACCEPT
Powered by